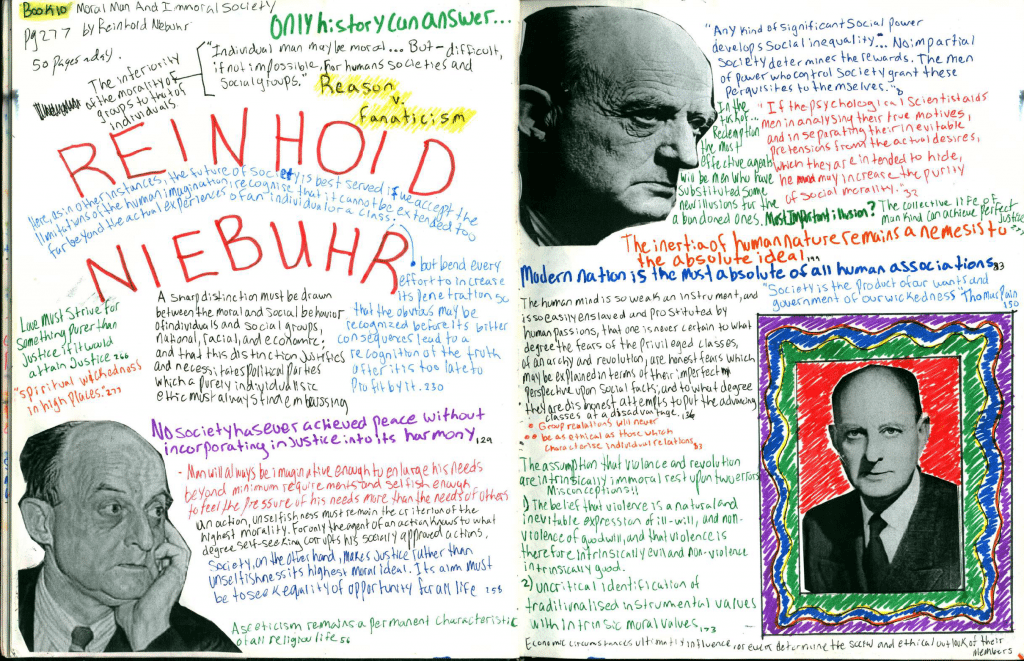 Moral Man and Immoral Society: A Study in Ethics and Politics by Reinhold Niebuhr

Theologian and public figure Reinhold Niebuhr refutes social idealism as he refutes the collective’s ability to be governed by ethics. Groups cannot be held to the same standards of moral and social uprightness as individuals. We as individuals can overcome our predispositions towards sin. Yet the tools we use to liberate ourselves are insufficient when dealing with the collective ego of a given group. The collective’s vices cannot be eliminated, they may only be subdued by the brutal nature of other groups seeking to assimilate the larger collective.

This is my book summary of Moral Man and Immoral Society: A Study in Ethics and Politics by Reinhold Niebuhr. My notes are a reflection of the journal write up above. Written informally, the notes contain a mesh of quotes and my own thoughts on the book. The Journal write up also includes important messages and crucial passages from the book.

If you liked what you saw. Here are 3 titles that I recommend based on what discussed in Moral Man and Immoral Society

1. Letters from a Stoic by Lucius Annaeus Seneca

2. The Great Inversion and the Future of the American City by Alan Ehrenhalt

3. The Crowd by Gustave Le Bon

Find the book on Amazon: Print

Book Summary: This Book Is Not Required: An Emotional Survival Manual for Students by Inge Bell

Book Summary: The Ethical Brain: The Science of Our Moral Dilemmas by Michael Gazzaniga

Book Summary: Emotional Intelligence: Why It Can Matter More Than IQ by Daniel Goleman

Book Summary: The Shallows: What the Internet Is Doing to Our Brains by Nicholas Carr

Book Summary: A Mind for Numbers: How to Excel at Math and Science (Even If You Flunked Algebra) by Barbara Oakley